The glossy ibis (Plegadis falcinellus) is a wading bird in the ibis family Threskiornithidae. This is the most widespread ibis species, breeding in scattered sites in warm regions of Europe, Asia, Africa, Australia, and the Atlantic and Caribbean[2] regions of the Americas. It is thought to have originated in the Old World and spread naturally from Africa to northern South America in the 19th century, from where it spread to North America.[3] The glossy ibis was first found in the New World in 1817 (New Jersey). Audubon saw the species just once in Florida in 1832. It expanded its range substantially northwards in the 1940s and to the west in the 1980s.[3] This species is migratory; most European birds winter in Africa, and in North America[4] birds from north of the Carolinas winter farther south. Birds from other populations may disperse widely outside the breeding season. While generally declining in Europe, it has recently established a breeding colony in southern Spain, and there appears to be a growing trend for the Spanish birds to winter in Britain and Ireland, with at least 22 sightings in 2010.[5] In 2014, a pair attempted to breed in Lincolnshire, the first such attempt in Britain 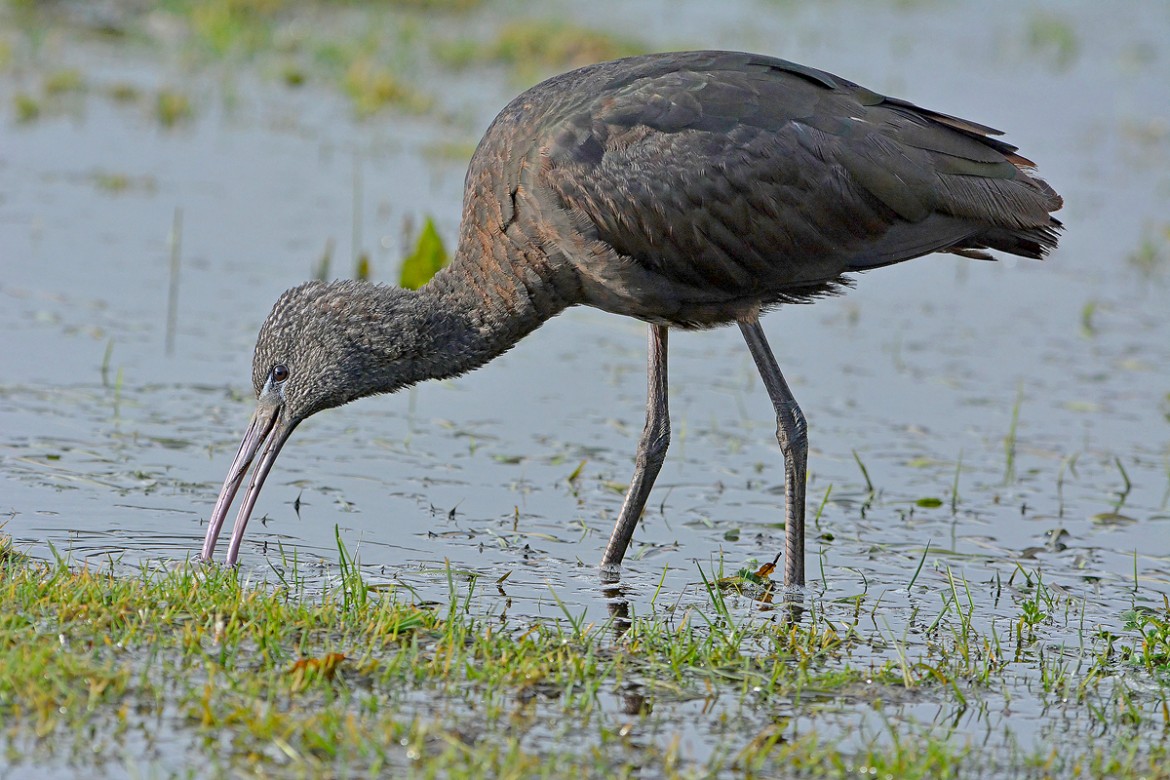 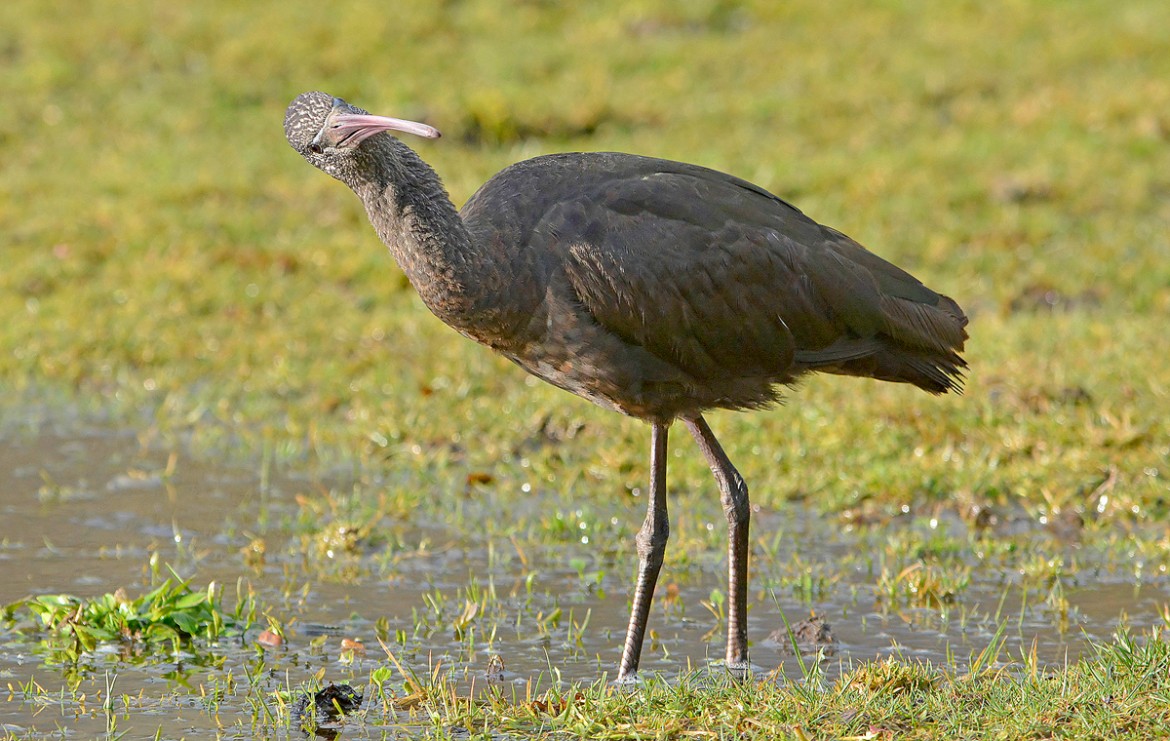 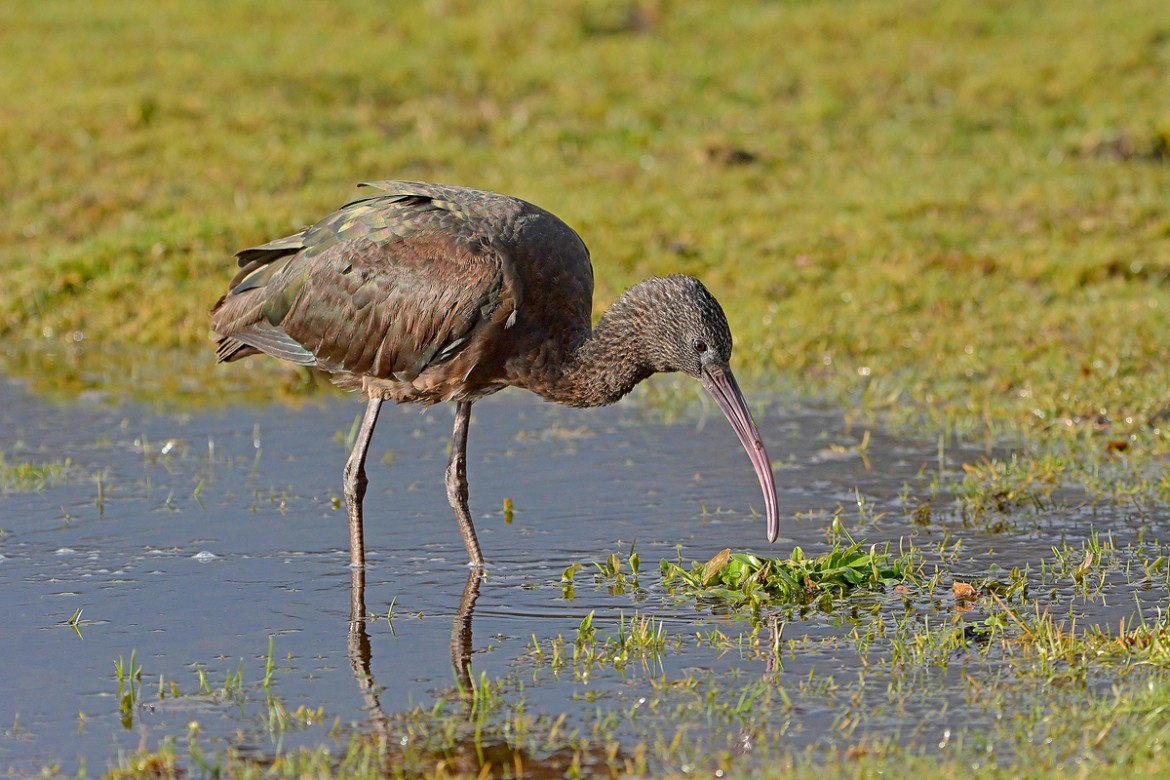 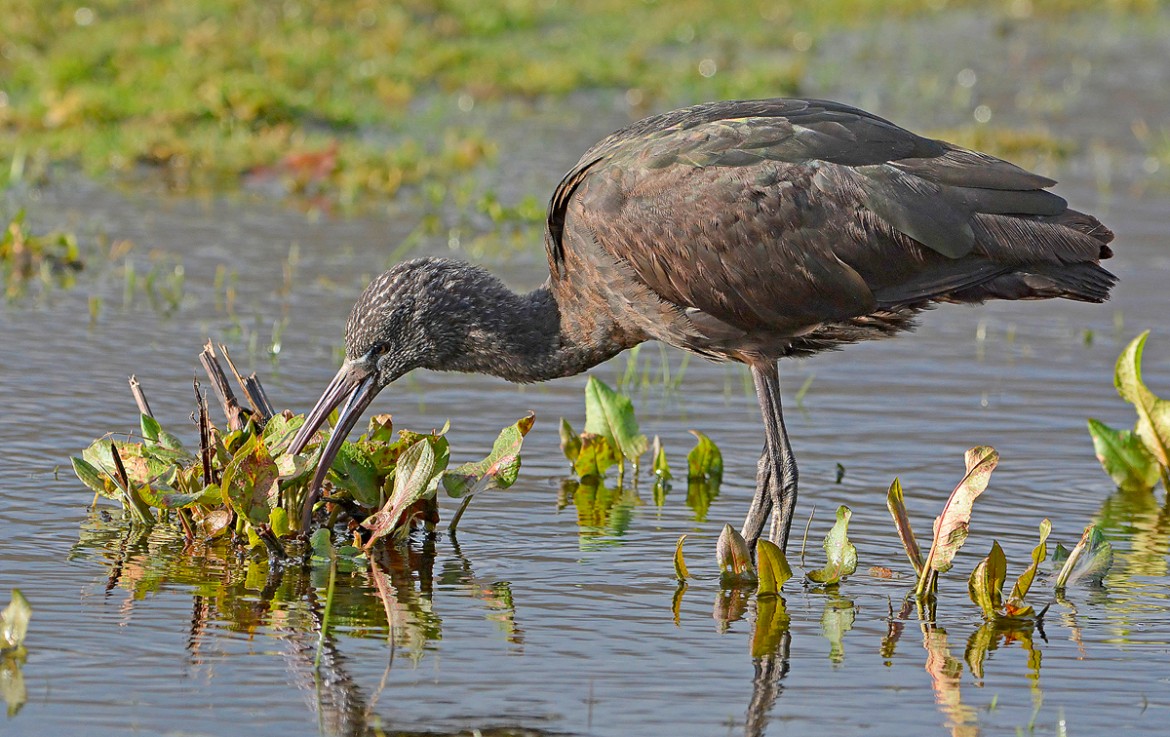 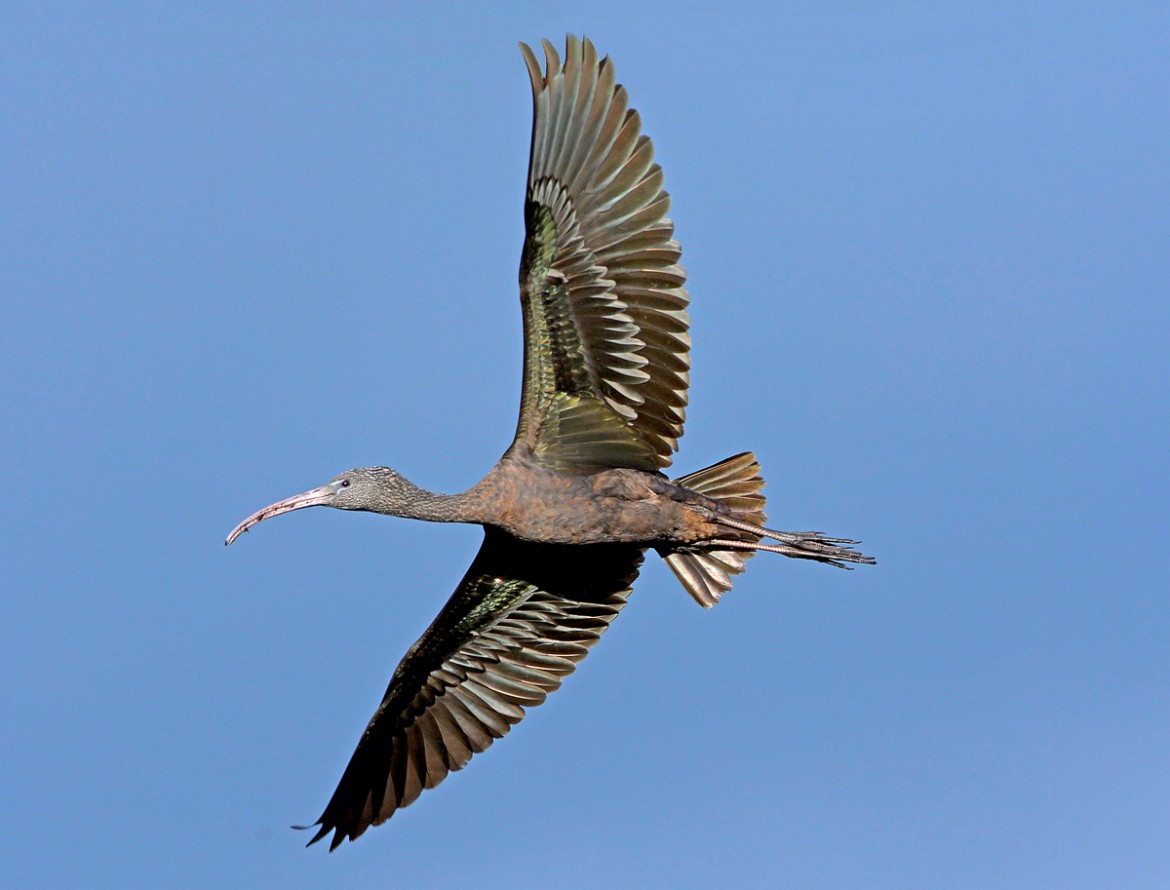